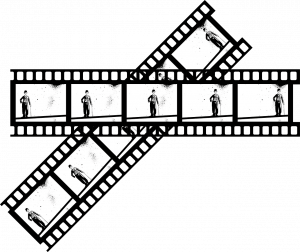 One of my favorite movies of all time is Singing in the Rain.  The plot deals with the difficulty people had in adapting to the change from silent movies to talkies. What really worked in the silent film did not work in talkies.

This is how I felt about distance learning. I have been a speech and language pathologist for 41 years and I am constantly involved in continuing education to be able to hone my skills. I feel very comfortable working with students whether it is individually, small group, or a whole class. I love the interaction. I have consistently incorporated technology into my programming as it affords me the opportunity to reinforce skills in a different way.

When it was abruptly announced that we were switching to distance learning my first thought was “Great, I can do this!”. However similar to the silent film star with the jarring voice I found that even the technology that I had previously used in treatment did not always translate to students in their own homes.

Now that the school year has ended I have reflected on what I have needed to do to stay organized, productive, and effective.

I don’t know what the opening of school will be like, however, I feel that regardless of what occurs I am feeling more confident in being able to find the resources I need to be effective ( however I am also glad that it is summer and I have some time to refresh, renew and energize).

What did you find worked best for your students?