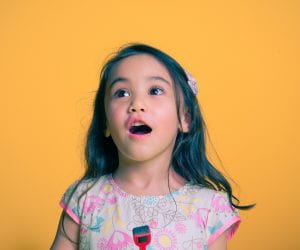 There are many areas for challenges for individuals with Autism Spectrum Disorder. No two people have the same communicative challenges. Some children with autism spectrum disorder have echolalia.

Echolalia At one time the thought was Echolalia was a behavior to eliminate but we have a better understanding of the role of Echolalia.  Echolalia means that you are ‘echoing’ something that someone else has said.

While it might be difficult to figure out what a child is trying to say when he or she uses echolalia, learning a little bit about this type of speech can help you figure out the meaning behind his or her message. Here are three things you need to know about echolalia.

1. Children with ASD use echolalia because they learn language differently. Children with ASD often follow a different route. Their first attempts at language may be longer “chunks” of language (phrases or sentences), which they are not able to break down into smaller parts. These chunks are more grammatically complicated than they could put together themselves, and they don’t understand what the individual words mean. For example, it could be “ It’s time for your snack” when they are hungry. He knows that the words have something to do with getting something to eat but does not know the individual words which is also why the pronoun is confused.

We can help children who use echolalia by helping them learn to break down longer chunks of language and understand what the individual words mean so they can use them more flexibly.

There are many reasons children might use echolalia for a communicative purpose.

Echolalia often has a purpose or message.

But there are also many reasons why children use echolalia for a communicative purpose, such as:

Figuring out the meaning behind echolalia can be tricky! Looking at the context is very important, and thinking about the time the child originally heard it can help too. With a little detective work, it’s possible to figure out what he’s trying to tell you.

Remember echolalia is a step to flexible language.

Researchers who study echolalia have noticed patterns in the way it progresses in children with ASD [1]:

Initially, children echo “chunks” of language without understanding what they mean.

Then, children start to modify these chunks of language. They mix and recombine words and phrases they have used (this is called “mitigated echolalia”).

As they start to understand more language, some children use shorter sentences or just use one or two words to express themselves.

Echolalia might be used occasionally, especially when a child is tired, confused or frustrated. But more words and phrases are used appropriately and flexibly once the child’s understanding increases.