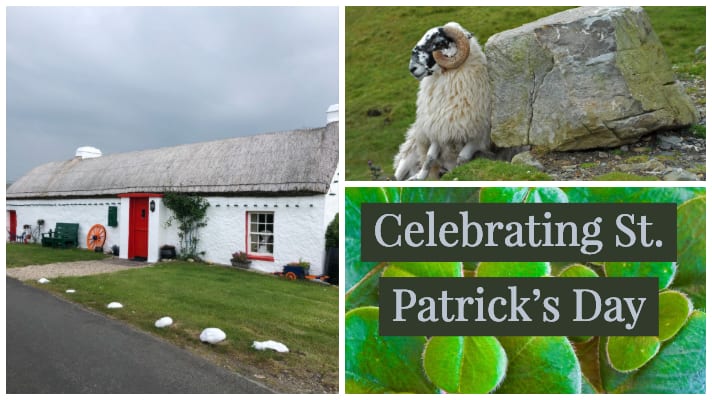 My mother is from Kinvara, County Galway, Ireland.   As children,  we would go there for summers to live on my grandparent’s farm. They lived in a thatched cottage with chickens in the front yard and calves in the back of the house.  My mother is one of four children and three of the four emigrated to America with the son staying in Ireland and continuing with his family farm.

My mother came over to New York City to her relatives here at the age of 18. There were many aunts, uncles, and cousins who had immigrated here mostly to New York, Boston, and Connecticut. Visiting the relatives was a regular thing.

St. Patrick’s day was a very special family feast, which I took particular pleasure being named for the saint. My first memories are going to my aunt Delia’s apartment on Ninety-sixth street and Lexington Avenue in New York City. At that time the New York City parade ended on Ninety-sixth street. Three siblings lived in the apartment building. The main festivities took place at my aunt Delia’s apartment, next door was my uncle Patrick’s apartment or the one that all the cousins would be making a ruckus and upstairs was my uncle Martin’s apartment that was used for those that needed a nap.  Singing, dancing, and storytelling were all part of the day.

So St. Patrick’s Day is a very special day for me and I like to pass some of the stories and traditions to my students.  Here are some of the products I have used with them. 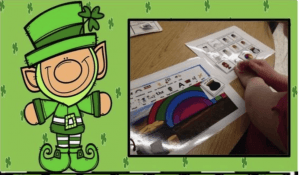 This is an original story about how the rainbow got its colors. 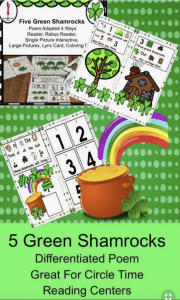 I love being to share my heritage with my students. It is great when I can tell them about going to school there, helping with the haying, having them try out Irish Soda Bread, and teaching them some Irish step dances.