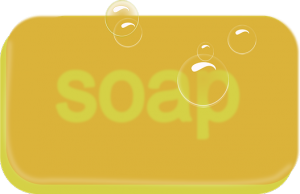 SOAP notes are a way to quickly communicate about what went on in a therapy session. The initials stand for:

You are writing them in the clinic it is because this is often what is expected in your professional placement. Keep in mind that often these notes need to be completed immediately after your session in a professional placement so they are comprehensive enough for anyone reading them to know what occurred but brief enough to be able to be written and read quickly. The should be brief, informative and on what others need to know.

S: Maggie raced into the therapy room and said with a smile on her face ” I did my homework”.

S: Greg’s mother said that he had a tantrum in the car before arriving at the clinic.

S: Chris’s mother related that they had just come from swimming class and he had a hard time leaving.

S: Sean was restless and difficult to engaged

S Rose stated that ” It’s hard” and said ” Yes boss” when given a direction.

S Matthew arrived on time and appeared ready and motivated to begin therapy.

The S part of the SOAP note is the subjective observations that are verbally expressed by the client or the client’s family. They are called subjective as we don’t have data on the information. It is your impression of the client’s level of awareness, motivation, mood, willingness to participate. You may also list here anything the patient and/or family may say to you during a session. For example, The client appeared very alert and cooperative. He stated, “I’m ready to work hard today.”

I will post more examples of students as we proceed. Look at these and evaluate what you are doing.

S: Seamus was cooperative, polite, and engaged in his work. He was more conversational than has been observed before as well, answering conversational questions well and even asking his own. He did appear a bit restless during one activity, where he was moving around in his seat and making noises with his marker on the desk

S: Colleen presented with highly positive affect and motivation. She laughed and smiled throughout most of the session. She was polite, cooperative, and engaged.

S: Pascal arrived at therapy on time with his mother and sister. During the beginning of the session, Pascal was very quiet, provided mostly one-word responses, and kept his hands in front of his mouth while speaking. Pascal went over his visual schedule, which included a writing assessment. Pascal was more expressive during the last half of the session in which he was presented with content that was familiar to him. Although Pascal was not engaged in the first activity, Pascal put forth a strong effort during the writing assessment and persisted through challenging tasks.

Graduate Students, lesson plans, Speech and language
28 comments on “SOAP notes: What should go in the ‘S” section”