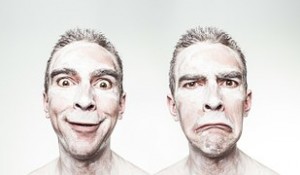 In writing therapy SOAP notes or progress notes it is important that we keep emotions or opinions out of the notes.

Keep these things in mind:

Upon first meeting the clinician, Abe immediately asked the clinician “no blowing papers?” several times, a behavior that was listed on his social behavior map from the previous semester.

Declan arrived on time to the session. He was smiling and laughing with clinician while entering the clinic room and continued for the duration of the session. He expressed great interest in the use of Braidy and required occasional direction to sit back in his seat while the working with Braidy. Declan responded well to the token system as he remained in his seat after receiving his smile tokens. Declan became more focused after his breaks as seen in his decrease in interruptions during the story reading.

Shannon engaged in pleasant conversation with the clinician upon entering the therapy room. She noted that she only had one week of school left but was nervous about her final exam the next morning. Despite these nerves, Shannon was fully engaged in the drill games played in the session as seen her reminders of the rules of mancala and laughing as she and the clinician knocked down the Jenga tower. Shannon willingly produced all the targets words incorporated into the game and repeated words with no opposition when asked by the clinician. Shannon concluded the session with more pleasant conversation with the clinician she left the therapy room.

Your turn: How would you change these?  Identify the opinion and state how to say it more objectively.